Can't say that I'm a Bachelor fan.
I've always found it too strange that every time a girl gets sent home, the voice over insists that she's heartbroken. 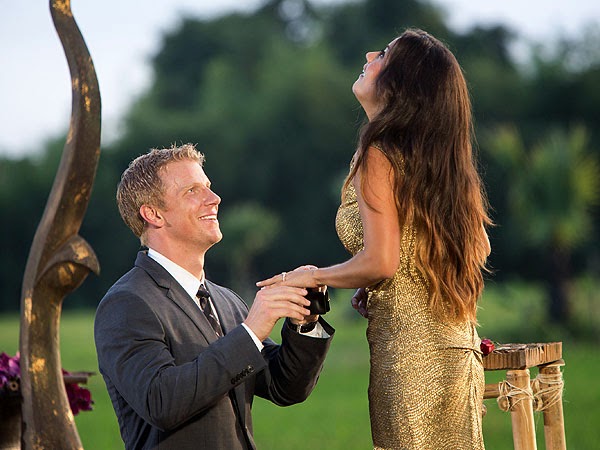 The latest Bachelor wedding celebrated the union of Sean and Catherine. I didn't watch the full coverage. I'll admit I totally missed the wedding, but I saw the hour-long build up and I have to say it was strange.

The producers of the show made such a big deal about this couple saving sexual intimacy for their wedding night, that it was a bit disturbing.

I love that they waited, and that they weren't shy and hush-hush about the fact that they weren't dig'n each other's bones during the entire engagement... it's nice to see some Christian values.
But the emphasis the show put on it was bizarre.
Would they do the opposite?


"Jack and Jill are getting married in the next hour. They have been having lots of sex, and they seem to be very good at it. Which is very important because we can't trust that two people are meant for each other and prepared for marriage unless they are good at boinking each other. So thank heavens this marriage will last because they boinked."

See how ridiculous it sounds?

I've never understood the concept that a couple needs to test the waters, or worse yet, "test drive" before they get married, because, "Sex is such an important part of marriage."  Sexual compatibility must be proven before you commit to one another? How weird.

You know what - I think there are a lot of men in the world with whom I could be sexually compatible. But finding someone I could share a life with? That is really hard to find!

Methinks the emphasis is on all the wrong things.

I give this Bachelor couple credit for focusing on true compatibilty over their baser instincts.

Calling sin what it is, is not hate. It is love.

The attitudes surrounding everything from the HHS Contraceptive Mandate, to the Duck Dynasty Debacle, seem to be that if Christians or Catholics disagree with something, it can only be about hate.

If we speak out against free, universally accepted and ingested birth control, it's a War Against Women! Wha? What?!

When Phil Roberston pointed out homosexual sex is unnatural, sinful... it was identified as hate speech.  Why does anyone think if one doesn't support what they consider wrong behavior - that they must hate the people involved?

I think that is really twisted thinking. It makes me wonder if the "You-are-filled-with-hate" finger-pointers, are actually the ones who hate. If they can't comprehend disagreeing with someone without wishing that someone ill will, what does that say about them?

The most loving thing you do for someone, is to encourage them to do better.
When you're raising a child, you point them in the way to go. It is the loving thing to do.
And I can see why adults don't want to be corrected. But you just can't ignore truth.

Truth is the truth even when no one believes it.

A lie is a lie even if everyone believes it.


How do we help people to understand that sharing the truth is loving? Even when they disagree. Especially when we disagree.
Posted by Tammy at 10:27 PM No comments:

Tammy
I'm here to help both Catholics and non-Catholics understand what we believe, and how we apply it to every day life, since we're so Counter-Cultural! I'll use the space on CCC to explain how the Catholic faith always points to the truth, particularly at times our culture says otherwise. On my personal blog space, I share more personal details. On one hand, I'll explain details behind my EoE diagnosis. (Google it.) As I researched the condition, I found plenty of clinical information, but no personal accounts of living with EoE, so along with other aspects of my life, I intend to blog about EoE adult diagnosis to be of help to others. Other aspects I'll share, a little fashion - I'm going to try the Capsule Wardrobe craze. A little dating - I can't believe I'm still doing that! And of course, other topics as they come to mind. Glad you're here!

What I Wore Sunday 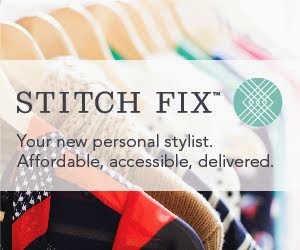 Try it out! This is my referral link.